We caught up with Gautam, from Dormant Inferno- a Mumbai based 3 piece Death/Doom act, for our second feature. Despite being a Doom metal acts in an almost non- existent Indian scene, Dormant Inferno has struck a chord with a huge number of fans, from all walks of the Indian Underground. Read on. 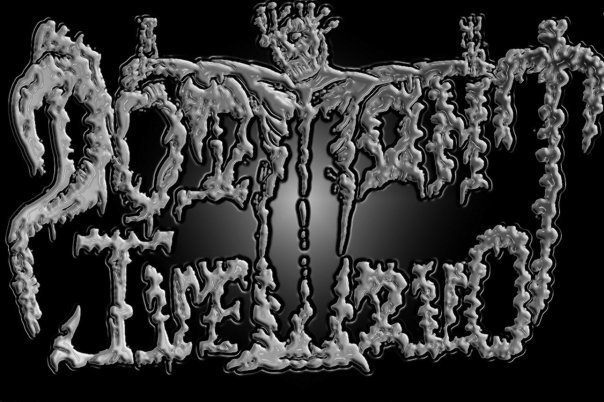 1.      NP: Hello guys. Greetings from the Nuclear Paradise. How is the band doing?
Dormant Inferno : Greetings and thank you for the interview. The band is dormant for the time being, owing to me being in the US for my education. We are still active, But making music at a snail's pace, at the moment.
2. NP: Take us through the early stages of the band……how did it all start?
Dormant Inferno: Well, I have always loved doom metal the most among every other genre and sub-genre of music. It is the music that I could relate to. It is the music that has influenced my thoughts and my beliefs tremendously in my 'formative' years. I had always wanted to start a doom metal band. Preferably death/doom, funeral doom or drone. Due to this genre of music not being too popular, I could not find like minded musicians to work with. But thankfully, Sunny messaged me on a social networking site asking me if I could do vocals for a death/doom band he wanted to start. We jammed a few times and created Total Negation and Failed Experiments. That is when we asked Aurko to play for us because we felt the sound was incomplete without keyboards. He agreed and we got together and made Ashes, and worked on the details of the other two songs. Bhaskar joined us for session drums and even played drums for us on our only live live performance so far. I have to say, I am glad I got to work with these guys because it was so simple for us. Every person knew what had to be done. It was a pleasure!
3. NP: What made you choose ‘Dormant Inferno’? An interesting story perhaps?
Dormant Inferno: Sunny came up with the name for the band. It basically refers to the feelings and emotions that lie buried within us. The feelings we hope never get out and the memories we would like to forget. These emotions that lie dormant within each and every one of us. It is like an inferno lying dormant, building inside you every time. And we hope to affect it with our music.
4. NP: What Influences DI’s music? Which Bands would you consider to be the greatest driving factor for you guys, to continue making your music?
Dormant Inferno: Everything around us is an influence, to be honest. DI for us, was the portal through which we could spit everything out, based on what was going on in our lives. Plenty of bands influenced us. Mainly funeral doom and death/doom bands. Bands such as Thergothon, My Dying Bride, Skepticism, Evoken, Solitude Aeturnus, Desire, Necare, Reclusiam etc. I could go on for hours.
5. NP: How did you guys discover doom? Once discovered, what made you stick to it?
Dormant Inferno: I started off with My Dying Bride. Their release 'Turn Loose the Swans' completely floored me the first time I heard it. It was perfect! The emotions conveyed through the music, the agonizingly beautiful music and the image it conjured within me made me hungry for more. I have to say, I spend an unhealthy portion of my time listening to music, but doom metal does something to me that other forms of music rarely do. I have no choice but to stick to it.
6. NP: Is Dormant Inferno a catharsis of your feelings?
Dormant Inferno: It definitely is. As I said earlier, it is a portal through which we could spit everything out based on what was going on in our lives. Personally, Dormant Inferno was a mode of 'escape' for me, if that makes sense. It was something I had to do to focus on the other things in life. It helped me immensely and I do not know where I would have been without it. It Was much more than just music.
7. NP: Tell us about the scene in Mumbai. Does Death/Doom Metal garner as much support as the new hybrid shit ass genres we see polluting the art- form?
Dormant Inferno: We were pleasantly surprised by the tremendous response we received in Mumbai. We were a bit skeptical before releasing the EP, but the response was amazing. Thankfully, the scene is fast improving. There are mallcore bands, and there always will be. But there are some amazing bands in the scene at the moment too. The people are very supportive of the bands that play live. You can see plenty of people flocking to support the bands at gigs, and it is very nice to be a part of the scene at the moment. We surprisingly received a very good response when we played live. To be honest, I was shocked by it and I am thankful to the people who support the scene. 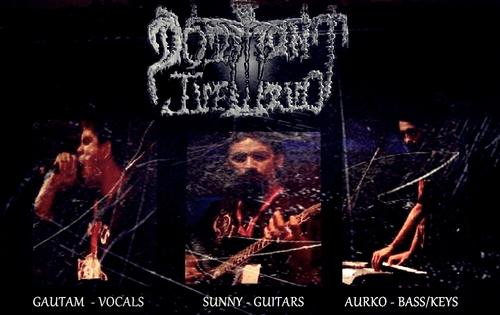 8. NP: Who usually writes the songs? Take us through the entire process.
Dormant Inferno: Sunny and me wrote the Total Negation and Failed Experiments by ourselves. Sunny would make a couple of riffs and send them over to me and we would just jam and see how things went with that song. It was similar with Ashes. We made that just a few days after Aurko joined us. The band was practicing and Sunny just played a few riffs he had thought of, and Aurko gave the perfect atmosphere for it. It just sounded great then and we went along with it. The lyrics however, are written by Sunny and me.
9. NP: Tell us about your originals. What are they based upon? What are the major lyrical themes and inspirations?
Dormant Inferno: The songs in In Sanity basically deal with hopelessness, despair, loss and despondency. Our inspirations were what we had to go through in everyday life.

Failed Experiments was a very personal song for Sunny. It      deals with hopelessness and his regret at having taken up the habit of smoking. It is about how you know it will destroy you, but you cant do anything about it and are lost in an addiction.
Ashes is my favorite track and probably the most 'destructive' one. It is about the grief and sorrow one suffers on losing a loved one. It is about loss and the inability to deal with it.
Total Negation was the first track we made as a band. It deals with death, despondency and the loss of will to live.
10. NP: How often do you guys jam? What else, do you guys do? Day jobs?
Dormant Inferno:We used to jam regularly. At least once a week. But unfortunately, we haven't jammed since last august, due to me going off to the US to pursue my master's degree. As for jobs, Sunny is working full time on his business, Bhaskar and Aurko are studying in college.
11. NP: What would you highlight, as the greatest moment for DI, and why.
Dormant Inferno: Definitely releasing the EP and reading the initial response to it. It was something I would never ever forget. I did not sleep for two whole days because I did not want to miss a single review and a single discussion in the internet about us! In my opinion, the highlight of the band and the highlight of my life. Would take something really special to top that.
12. NP: Tell us about In Sanity, your debut EP. How well was it received, considering it to be one of the first of its kind in India?
Dormant Inferno: In Sanity got a terrific response by the people who heard it. We were stunned as the positive reviews kept coming in. We were actually in two minds about recording the EP, because we did not think it would be received too well, but the response was completely overwhelming. I might sound like a broken record, but I truly am thankful for the support that everybody has given us. Even when we played live, people gave us a very good response. Was amazing!
13. NP: Considering the current lack of labels, how hard was it to release In Sanity?
Dormant Inferno: We never actually looked for a label to release In Sanity. What we had initially thought, was to print a limited number of CDs independently and distribute it to a few labels and to a few people who had helped us and would appreciate the effort behind it. And to put it up as a free download. We did not want to sell the EP or take any money for it. The appreciation was more than enough for us. Unfortunately it didn't work out that way and we never actually got around to printing it yet. It is in my 'To-Do list' for the future. I would definitely like to work with a label for the future. But at the moment, we are not thinking about it.

14.NP: What new (post 2000) band would you recommend to the old guards of Death/Doom? In your opinion, where do the new bands stand, in comparison to the pioneers of the genre?
Dormant Inferno: There are plenty of post-2000 bands that are amazing. Bands are coming up with new releases every year. At the moment, I find myself listening to a lot of Ophis, Loss, Dictator, Reclusiam, Necare, The howling Void, Ahab, Longing for Dawn, Mar De Grises etc among the post-2000 bands. Of course, most of the bands I have listed here are funeral doom bands. But close enough.These bands stand toe-to-toe with the pioneers. I cannot compare them. That would be an injustice to everybody. All I care about is that they make some great music.
15. NP: Some final thoughts on doom metal. What do you think are the genres greatest strengths and weaknesses?

Dormant Inferno: I don't think the genre has any weakness. I love it for what it is. Everything, from the lyrical content to the execution is perfection, in my opinion. It is insanely beautiful, yet filled with despair and melancholy. The music can talk to you and completely sucks you in. What more could I possibly ask from it?


16. What next? A full length perhaps? How long before we can expect one?
Dormant Inferno: At the moment, we are just taking it one step at a time and making some new music. I had come back to India for a couple of months, but we could not make any music owing to my health getting screwed at the worst possible time. I don't know how long it will take for us to release any new material, but hopefully it will come soon.

17. NP: Thanks a lot for the interview! This is your space to blabber away. All the best!
Dormant Inferno: Thank you so much for the interview and your support! If you haven't downloaded the EP, please do.